What Could Happen Without a Plan

Backup Disaster Recovery is one of those things that all businesses need to have in case of disaster. Whether it’s a natural disaster such as a tornado, a hardware failure, or even an attack from a hacker. Anyone of these could permanently disable your business if you aren’t prepared or have a proper backup plan. For those of you still backing up data manually on tapes or *cringe* not at all, here are some reasons why you need a BDR solution and should stop tuning out potential disasters.

First of all, a data disaster is more common than you might think. Currently, 58% of SMBs are not prepared for data loss. Even worse, 60% of SMBs that lose their data will shut down within six months. Something that could have been prevented could potentially wreck your business, especially scary to think about when 29% of hard drive failures are caused by accident. It would be silly to have human error or a simple mishap put your company out of business.

You may have security protocols in place and your employees are well versed on avoiding things like malware. Well done. However, you’re still not protected. Human error is a large culprit in data loss. It could be unintentionally deleting items or accidentally overwriting data, but these “oops” can hit hard. Human error can result in other kinds of hardware damage like liquid damage from spills or even accidental reformatting. All of these things are possible and have happened to many SMBs before you. Sometimes recovery is possible from the software platform you were using, maybe your computer has your back and caught these things. It’s still a time consuming and money wasting error to fix, even if you are lucky to recover some of what you lost.

Viruses and malware can be a significant cause to software or hardware damage depending on what kind of bug found its way in. Usually, this can be avoided with proper employee training as well as an awesome firewall that will help filter malicious attacks. Yet another prey in the night is social engineering – the art of conning people. Hackers have been known to get into server rooms and other data-centric areas of the business. Employees may not even notice their mistake until it’s too late. I guess the “HVAC guy” turned out being a hacker in disguise.

Sometimes software corruption can come from unknown viruses lurking around your computer. However, most of the time it is due to improper usage. Things like not shutting down the computer properly or leaving unsaved documents open. Sometimes even a power outage can trigger corruption. Once the software processes are interrupted and damaged, it’s virtually impossible to recover data stored in the software. 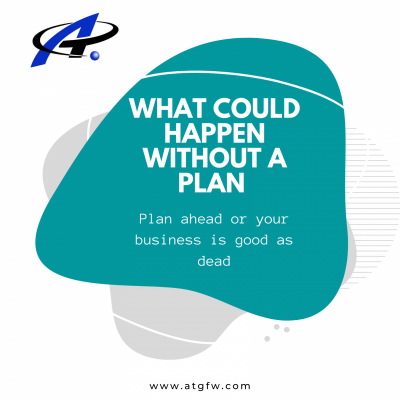 Did you know that 140,000 hard drives crash every week? With that kind of number, it’s just a matter of time until it happens to you. That is not a comfortable position to be in if you know you don’t have backup. Unfortunately, hard drive corruption is usually due to mechanical issues. Things like age and dust build up can (and will) cause technology to fail. We’ve all used the old laptop we still have that’s been on its deathbed for months, freezing frequently, taking for-ever to load a webpage, and of course, acting as a heater for your lap or desk. All of these things are signs leading to a crash. You may not care if it’s an old hand-me-down laptop from the ’90s, but you will care when it’s your pricey equipment with all of your product data and client information stored on it.

Finally, good old-fashioned acts of God. You can’t necessarily prepare for a natural disaster. Even if you hear the tornado siren, backing up your servers to tape will take longer than it will for the tornado to hit your business. Then what? That tape is left amongst the rubble, destroyed. This may seem like an exaggeration, but it has really happened to businesses. And even if only hypothetical, it makes for a great metaphor for any other crash within your business. This is also proof that on-site BDRs may not always be the final protective cover to your business. You may want to consider off-site or cloud data storage to ensure protection, so your data is safe even if your equipment is destroyed.

Protect your business and keep it running smoothly and successfully. Backup Disaster Recovery options are available for all kinds of SMBs and their needs. Don’t wait to be taught a lesson by the “big one” (as most California residents say). Protect your important data and enjoy the peace of mind that comes along with it. You’ve worked too hard to get your business where it is. Protect your hard work.

Spread the knowledge
Cyber Extortion: Don’t Be a Victim Is your data prepared for a disaster?

Are you protecting the right data?

What Could Happen Without a Plan

Compliance is a Team Project